“In public life, instead of modesty, incorruptibility, and honesty – shamefulness, bribery and rapacity hold sway.” 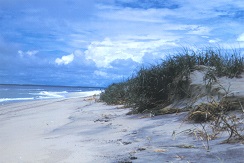 he Wall Street documentary expose’, “The Veneer of Justice in the Kingdom of Crime”, was written, produced and directed by Mr. John Titus. In the film he makes a strong case that the Obama administration Justice Department under Attorney General Eric Holder (the top law enforcement official in the United States), Assistant Attorney General Lanny Breuer and others from the department protected executives of Wall Street global giant Goldman Sachs from prosecution for major financial fraud – and prison.

For those men and women who view the film, it should become readily apparent the real reasons for Hillary Clinton’s firm resolve and still-persisting refusal to show the American people the transcripts of her three (3) $225,000 speeches to Goldman Sachs. At the same time, the level of concern over Ms. Clinton’s nondisclosure and total lack of transparency should rise exponentially, in a natural response seeing she’s, thus far, the favorite to become the next President of the United States.

Unfortunately, Mr. Titus’ outstanding film is a documentary based on facts – and not a work of fiction. The American people are reasonable in expecting a President Hillary Clinton to appoint the same caliber of legal minds to her Justice Department as Barack Obama, illustrated by Clinton campaign advertisements featuring Eric Holder giving her his “strong” endorsement. That Mr. Holder, Mr. Breuer and other Obama Justice Department attorneys now work at the Wall Street law firm Covington & Burling representing Goldman Sachs and other major “too big to fail/jail” banks should cause Americans to stop and think.

Americans might think again about Hillary Clinton, because in the eight years of Obama’s administration not one Wall Street executive went to jail, despite what many expert observers have concluded was major, epidemic financial fraud committed in the years leading up to the economic crash of 2007-8. The people of Britain recently voted to leave the European Union in what everyone has come to know as the “Brexit”. Considering Ms. Clinton’s unyielding secrecy over her $225,000 Goldman Sachs speeches combined with the film’s Goldman Sachs-specific revelations as associated with Obama’s Justice Department officials, the American people might start looking around for the nearest “Clexit” (Clinton exit).

At first glance, an analogy of “Brexit” and “Clexit” might seem somewhat silly or even ridiculous. But after further thought, both the British and Americans share the challenge of dealing with a handful of extremely wealthy, politically connected people operating from positions of massive centralized power, able to completely escape accountability from constraining legal or democratic means. In a real sense, Americans’ electing Ms. Clinton President of the United States is the precise opposite of Brits’ voting to leave the European Union – further concentration of power versus decentralization.

As Mr. Titus’ film points out, Eric Holder, Lanny Breuer and their Justice Department colleagues arranged for Goldman Sachs to commit crimes with impunity, conjuring up the excuse of sparing employees, the U.S. and world economy, etc. from negative “collateral consequences”. Holder and Breuer simply made up the “collateral consequences” argument to protect their friends at Goldman Sachs from going to prison.

However, the negative collateral (parallel) consequences of a Hillary Clinton presidency would be all too real, multi-faceted – including matters of war and peace, and cause for great concern internationally – only possible through attainment of one of the most powerful positions on Earth. 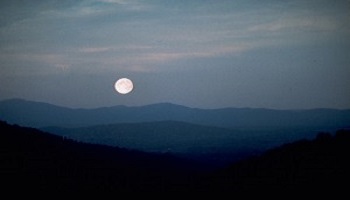 eorge W. Bush has been silent on the “28 Pages” his administration classified during investigations into the events of September 11, 2001. After Bush left office in 2008, the new president Barack Obama promised to declassify the information, at the direct request of surviving family members of those who perished on that day. Barack Obama has yet to keep his promise, despite clear moral arguments that he do so.

The “28 Pages” have been the subject of discussions in America for years, only coming under much wider, global scrutiny after the popular CBS news magazine “60 Minutes” aired a segment on the controversial issue recently. One would have to talk directly to those at CBS with authority to air the segment to determine their intentions for giving it the go-ahead, but undoubtedly the Obama administration faces a situation most would find resembling “between a rock and a hard place”.

Mr. Obama’s predecessor George W. Bush finds himself in a “rock and a hard place” situation that is much more intense. With regard to the “28 Pages”, George W. Bush’s silence is part of the coverup over his inside knowledge of what happened on 9/11, and on the same level as his father George H.W. Bush’s stating he can’t remember where he was when John F. Kennedy was assassinated in Dallas, Texas in November 1963.

Former Governor/U.S. Senator from Florida Bob Graham and many others are right to urge a new investigation into September 11, 2001. Any good, decent, moral man or woman on Earth wants the “28 Pages” declassified, an investigation that is 100% transparent with George W. Bush, Dick Cheney, Donald Rumsfeld and others testifying under oath with cameras rolling, and the long-overdue arriving at the truth.

While George W. Bush has never explicitly called for the release of the “28 Pages” or a new investigation of 9/11, his statements while president could suggest he’d favor current efforts to arrive at the truth. One would have to speak to George W. Bush personally to find out his current views on this matter. It could also be the case that Mr. Bush is no longer passionate about the truth, but that his artistic endeavors have become the greater focus of his days since leaving public service.

Perhaps those lingering questions will become answered in the near future.