If Phil Murphy wins the New Jersey governorship and succeeds in establishing a New Jersey state-owned bank, expect a wave of public banks to follow, as more and more elected officials come to understand how banking works and to see the obvious benefits of establishing their own.

Phil Murphy, a former banker with a double-digit lead in New Jersey’s race for governor, has made a state-owned bank a centerpiece of his platform. If he wins on November 7, the nation’s second state-owned bank in a century could follow.

A UK study published on October 27, 2017 reported that the majority of politicians do not know where money comes from. According to City A.M. (London) :

More than three-quarters of the MPs surveyed incorrectly believed that only the government has the ability to create new money. . . .

The Bank of England has previously intervened to point out that most money in the UK begins as a bank loan. In a 2014 article the Bank pointed out that “whenever a bank makes a loan, it simultaneously creates a matching deposit in the borrower’s bank account, thereby creating new money.”

The Bank of England researchers said that…

“And it occurs to no one that to admit a greatness not commensurate with the standard of right and wrong is merely to admit one’s own nothingness and immeasurable meanness.” 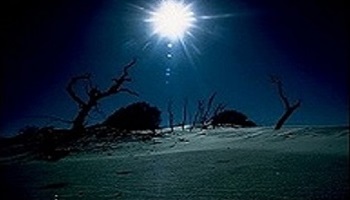 ohn Titus’ new documentary film “All the Plenary’s Men” exposes the criminal strategies and operations of the Bank for International Settlements in Basel, Switzerland. The title was likely chosen by the filmmaker to rhyme with, and have the same impact on society as, the Watergate-focused book by investigative journalists Bob Woodward  and Carl Bernstein – “All the President’s Men”. Watergate – in the view of attorney Daniel Sheehan – occurred relative to Richard Nixon’s fears that the Democratic National Committee had information showing President John F. Kennedy was murdered in broad daylight by entities, specifically a hand-picked team of hired assassins, inside the U.S. “deep state”

Mr. Titus’ powerful new film focuses on crimes of a seemingly different quality than the coup d’état of the American government through murdering its democratically elected president. The film exposes how the most powerful and wealthy people on Earth exercise control of governments and populations while covering up massive crimes against humanity with impunity.

Mr. Titus has noted in interviews that “All the Plenary’s Men” is likely the second in a three-part trilogy of films, the first being “The Veneer of Justice in a Kingdom of Crime”. Given “All the Plenary’s Men” should become a worldwide phenomenon and ignite conversations and further in-depth research projects in all nations,  one can say with certainty those powerful private interests controlling the extremely secretive (until now) Bank for International Settlements – known as the “central bank of the world’s central banks” –  are fully aware they have just been hit with a monumental public relations “problem”.

It might be the case that it is almost impossible to overestimate how profoundly serious and important the facts revealed in Mr. Titus’ film “All the Plenary’s Men” are as they relate to the entire human race. The film is truly historic and evokes mental images from the Christian bible of the man called Jesus’ overturning the tables of the money changers, generated by righteous indignation.

While not wishing to categorize John Titus as somehow the “second coming of Christ”, from a spiritual perspective which perceives human evolution as an increasingly rapid revealing and resolving of crimes harming fellow members of the human family, Mr. Titus has provided an effective information tool for (if acted upon) positive societal uplift the world over.

There are times when men and women upon learning historical and persisting facts and realities about how “things” happen on Earth wish they hadn’t. Because of the disturbing nature of the gained awareness they regret coming to know in the first place, and that it would have been preferable and less stressful to remain “in the dark”.

The reality revealed by Mr. Titus is precisely the type of knowledge men and women often feel depressed and frustrated afterward for coming to understand, mainly because one feels impotent or powerless to act on that newly accumulated knowledge.

For those who wish to stay “in the dark” and avoid the stress related to knowing about how the world’s most powerful and wealthy operate, particularly their truly destructive criminality – do not watch “All the Plenary’s Men”.

However, for those who wish to know …

(Thank you to BestEvidence (John Titus’ channel) at YouTube)