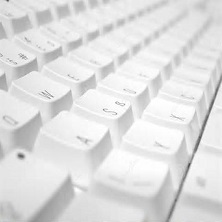 After working for the Federal Reserve in the Fed’s original quantitative easing (QE) program, Andrew Huszar gained some fame, and controversy, by writing an op-ed article titled “Confessions of a Quantitative Easer”. Mr. Huszar was intimately involved in his Fed job with purchases of mortgage-backed securities and Treasury bonds, all part of the Fed’s so-called QE1 and purchases of some 1.2 to 1.7 trillion dollars.

Mr. Huszar left the Federal Reserve and it took him some time before feeling compelled enough to speak up on what he saw as certain dysfunctions in the QE programs. The line that caused the most controversy from Mr. Huszar’s article was, “the biggest backdoor bailout of banks in history”. He has come to believe that QE was/is (although “tapered” the Fed still purchases bonds at a clip of 65 billion per month) a very bad path since the program began in the fall of 2008.

He started working for the Fed in April 2009 and his impression was that there would be QE1 and that would be the end of it. The Fed described QE as an effort to stimulate lending by banks, with a semi-official name of “credit easing”. The often heard term “trickle down” was the supposed goal/result of QE1 but, according to Andrew Huszar, the rains did not fall down on citizens and small businesses – “Main Street America”.

He came to see clearly that the costs of QE1 were far outweighing the benefits envisioned or predicted by the Fed’s top management. He left the Fed before the start of QE2, when the Fed for some reason changed the name of – started referring to – their actions from “credit easing” to “portfolio balance theory”. Now the goals of QE2 became driving up financial prices, resulting in the well-off having more cash to spend, stimulating the economy and job creation in the process.

Mr. Huszar saw that the Fed had begun to “spin” the reasons for QE purchases. This is a little reminiscent of the reasoning changes by the George W. Bush administration from the buildup to the years of the Iraq War, where the supposed cause for military action went from “weapons of mass destruction” to “freedom for the Iraqi people” to…

Mr. Huszar points out that minor improvements came about through QE in fits and starts, but that lending to citizens and small businesses are at an all-time low. He further states that the benefits of QE have disproportionately gone to the highest-income strata of Americans – who didn’t need any help financially. After longer than five years since the world’s unprecedented financial crisis, seeing worrying declines in the financial status of average Americans, attributable to an overly financialized economy, QE created an artificial sense of economic security.

So-called “too-big-to-fail” banks have only gotten bigger, in large part enabled by the biggest market intervention by government in history. The Fed balance sheet went from 800 billion in 2008 to over 5 trillion dollars in 2014, while QE’s objectives have not been met and, according to Andrew Huszar, have produced no benefits worthy of mention while causing a lot of negative, unintended consequences.

Mr. Huszar and the woman attorney interviewing him seem to agree that legislation passed to “correct” the financial system to prevent a repeat of 2007-8 are woefully insufficient. One senses that Mr. Huszar and his interviewer agree on a return/reinstituting of the Glass-Steagall Act as an necessary first step. Unfortunately, they also agree that the economic/financial conditions in America are no better than in 2007-8 when the financial meltdown occurred.

He uses the analogy of the Fed using all the tools at its disposal to protect the stagecoach when the automobile was right around the corner, that new ideas are necessary to correct the dysfunctional, over-financialized system. He notes that it is difficult to talk about necessary change to the financial system when the stock market has hit all-time highs. He worries that the Fed will not pull back on QE, and that it will become an institutionalized tool that the Fed pulls out at the next crisis.

Andrew Huszar believes QE represents “kicking the can down the road” and that perhaps 2014 will be the year when the Fed faces up to the consequences of their actions. The only people who have benefitted from QE have been the high-wealth people who never needed any help to begin with. Results of QE have failed and not included a more highly educated people, real and substantial jobs growth, higher incomes, improvements to infrastructure, increases in manufacturing jobs, or any of the varied markers of a strong and healthy economy.

He believes that QE has impeded the larger adjustments that are necessary, so future crises remain probable. Andrew Huszar says, “it took a lot for me to speak out.” He admits his chances of getting rehired by Wall Street firms or the Federal Reserve are, because of his becoming compelled to speak his truth, slim to none. This only begs some questions:

How is it that Andrew Huszar describes his decision to speak his truth as “difficult”?

Because QE by the Fed has benefited only the wealthiest Americans, has the time come to have a very serious national discussion on public banking?

A few days ago this we shared information regarding the International Consortium of Investigative Journalists’ (ICIJ / icij.org) establishment of the world’s first internet, searchable tax haven database. The web address where journalists, government tax authorities, anti-tax haven accountants and lawyers, or any men and women around the world interested in exposing their particular nation’s tax cheats can go to search is icij.org.

ICIJ has created a video tutorial for visitors/users of their website/database.

In a closer-to-ideal world the work of organizations whose efforts are exposing and eliminating the decades long secretive industry that is tax evasion would have long since become unnecessary. However, despite the growing awareness and outrage produced by exposure/awareness of the massive tax haven industry – aided and abetted by the world’s largest accounting, legal, and banking companies – the industry continues to facilitate nothing less than raw tax evasion that allows transnational corporations, the world’s wealthiest “blueblood/old money” families, drug cartel operators, arms merchants, and others with varying levels of criminality to avoid paying taxes to their nations.

French President Hollande has called for the “eradication of tax havens”, but his strong suggestion has yet to develop into a worldwide chorus that includes the voices of all who have benefitted from tax evasion schemes and have positions of power, whether that power is attained from great personal wealth, occupying the highest positions of government(s), sitting on boards of directors of the world’s largest corporations, or controlling the accessory-to-the-crimes world’s largest accounting, legal, and banking companies.

Despite France’s Hollande’s exhortations, tax havens have yet to experience “eradication”

Although it is glaringly obvious that tax havens are simply wrong, no nation on Earth has initiated sanctions against governments of the many locations that have tax haven companies on their soil. No concerted, strong-enough efforts have been undertaken to eliminate what can safely be described as the largest, longest-running scandal in the world. No laws have been passed that result in the transparency needed to make tax havens a historically interesting, but now non-existent relic of humanity’s greed infested, winner-takes-all, non-concern for one’s fellow-man past.

Sufficient political will around the Earth has yet to become mobilized to banish an industry that has contributed mightily to the greatest wealth inequality this world has ever experienced. The levels of poverty, starvation, economic hardship, healthcare, education debt, national-state-local debt, austerity measures, public demonstration against injustice, violence and war, etc. are all directly connected to the stealing of tax revenues through the tax haven industry.

If and when the depository of Yanukovych’s stolen billions becomes public knowledge, because that location is most surely one or more tax havens, the tax haven industry will be the subject of reports by every news organization on Earth. The work of ICIJ and other groups have fought the monster of tax havens in what may be viewed as a “David and Goliath” manner until now in 2014. News organizations are not reporting on Yanukovych and tax havens because the survival of this massively corrupt industry is at stake.

Once the men and women of the world hear about Viktor Yanukovych’s actions to hide Ukraine’s stolen billions – and then learn the true extent of the gigantic, planet-wide tax evasion hoodwink that has been ongoing for decades – their reactions will make Arab Spring, the Occupy Movement, and similar recent years’ people’s uprisings look like monthly meetings of your local ham radio operator clubs.