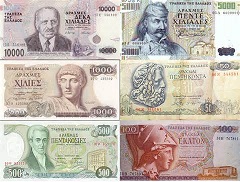 Reading articles on the situation in Greece has led to looking at possible connections between a Citigroup-written Dodd-Frank-rollback provision snuck into the December 2014 “Cromnibus”, must-pass spending bill in the United States Congress – and how Greece ran up its debt. Could it be that Citigroup and other Wall Street megabanks placed huge derivatives bets on Greece continuing to pay its creditors, saw the rise of Syriza in Greece and a strong possibility the party would win the January 2015 Greek election, and that Syriza would fight further austerity to the point of default?

Who knows what top managers at Citigroup were thinking when they arranged for members of the US Congress to insert Citigroup’s derivatives/swaps bailout provision in the spending bill. Maybe the move was specifically in response to political developments in Greece and large “bets” which had the real chance of losing Citigroup and others great sums of money. Maybe the provisions became inserted because of growing awareness by Wall Street of imminent changes in the world’s finance/banking system, and coming monumental losses from losing “bets” on derivatives contracts. No matter the real reasons, some estimates of global derivatives totals include the word quadrillion – one thousand trillion.

What the specific reasons for Citigroup, its lobbyists in Washington, and collaborative (colluding?) members of Congress were for successfully inserting the derivatives provisions can only become known by the American people through asking those individuals responsible for getting it passed into law. At any rate, it’s interesting to go back to December 11, 2014 and listen to Senator Elizabeth Warren, unsuccessfully, try to keep the provision out of the spending bill.

The Citigroup provision passed in December 2014 specifically takes aim at Dodd-Frank legislation having to do with “Prohibition of government bailouts of swaps entities”.

Here’s some of what Senator Warren said before the vote on “Cromnibus” in December 2014:

“House Republicans are moving quickly to try to jam this bill through today before their own members have had a chance to digest this Wall Street bailout provision”.

Ms. Warren pointed out that a “fact sheet” on the provision was intentionally confusing, written to obfuscate, and designed for diverting attention so to increase the odds of passage.

“A vote for this bill is a vote for future taxpayer bailouts of Wall Street. When the next bailout comes, a lot of people will look back to this vote to see who was responsible for putting the government back on the hook to bail out Wall Street”.

“This fight isn’t about conservatives or liberals; it’s not about Democrats or Republicans. It’s about money and it’s about power right here in Washington. This legal change could trigger more taxpayer bailouts and could ultimately threaten our entire economy, but it will also make a lot of money for Wall Street banks. This change will be a huge boon to just a handful of our biggest banks – Citigroup, JP Morgan, Bank of America…”

Members of Congress weren’t convinced by Elizabeth Warren, the Cromnibus spending bill passed along with the Citigroup provision. If Wall Street banks lose big money on derivatives/swaps bets, the American people will become forced to bail them out.

That December 2014 event is interesting to consider in contrast to what economist Michael Hudson said recently on the situation in Greece.

“At the G8 meetings in 2011, President Obama went over along with Tim Geithner (then Treasury Secretary) and said ‘our big campaign contributors are on Wall Street, and they’ve made huge bets that Greece could pay’. If Greece doesn’t pay then these gamblers and derivatives players are going to lose their bets. You’ve got to sacrifice Greece, and you’ve got to drive it into poverty, and lend the Greek government the money to pay the bondholders so our Wall Street banks won’t lose money”.

“So the European Central Bank says, ‘Ok, Greece. Sell us your islands, sell us your ports, sell us your land, sell us your raw materials… This is foreclosure time, and if you can’t pay we want everything in the public domain. And you also have to impose austerity. You only have a 60% unemployment rate for youth. You’ve got to increase the unemployment rate to 80%, double the emigration, in order for us to make the loans to your government – that will turn right around to pay us!’

“It’s either austerity or we will ‘smash and grab’. Take your pick”.

“…Crony capitalism. You can’t keep a country – at least there’s no economically rational basis for doing so, and of course it’s completely inhumane – to keep a country in a condition where it constantly will be in ever-greater debt. And that’s precisely what the Troika wants to do, and as Michael said, German politicians have openly demanded that Greece begins selling islands. In other words, selling the nation. Just a complete disruption of sovereignty”.

“My personal view is that their plan is not to push Greece out of the Euro zone. Their plan is to end hope that there can be a different kind of policy in Europe”.

Greece missed the June 30 deadline on its $1.6 billion payment. Has anyone seen those 85 people who own as much wealth as half the world’s population? If anyone does see them, ask them if they could “pass the hat” for the birthplace of democracy. If you think that’s going to happen, I’ve got some islands in Greece to sell you… 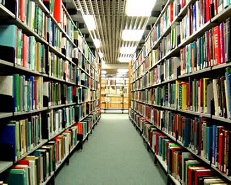 ou wonder if the announced candidates for President of the United States will become asked for their opinions on Bernie Sanders’ legislation to break up America’s largest banks. Nah… probably not. Why would the hosts of “Face the Nation”, “Meet the Press”, along with Fox News, CNN and other network talk shows ask Hillary Clinton, Jeb Bush and all candidates for president about some “boring” proposed law just because it’s historic? President Teddy Roosevelt breaking up Rockefeller’s Standard Oil monopoly kind of historic. The kind of legislation that future schoolchildren read about in their history books kind of historic.

Network news talk show hosts aren’t going to waste viewers valuable time getting into “boring” statistics that Vermont’s Bernie Sanders spoke about in announcing the financial legislation, like: 14 individuals over the past two years saw their wealth increase by $157 billion – equal to the combined total wealth of 130,000,000 (130 million) Americans. What American citizen has any interest in hearing about wealth inequality that is historic? That future school kids read about…?

If those talk show hosts were questioned why they won’t ask their guests’ opinions on banking laws Sanders and Brad Sherman of California are pushing for, they’ll probably respond with – if totally honest, “Owners of the network sit on the Boards of Directors and are stockholders of the largest banks, along with the boards of those banks’ largest corporate customers, and they spend a lot on advertising… you know, so if I asked about Sanders’ and Sherman’s legislation it could get somewhat uncomfortable for me, you know what I mean? You know… right?”

In 1999, Bernie Sanders opposed, unsuccessfully, repeal of the Glass-Steagall Act – enacted into law after the Great Depression to prevent another one – which opened the way for highly risky financial speculation using complex financial instruments such as derivatives, and responsible for the worldwide economic collapse of 2008. Worldwide derivative exposures are estimated in the hundreds of trillions of dollars. During that same time, Sanders opposed Federal Reserve Chairman Alan Greenspan, Treasury Secretary Robert Rubin, President Bill Clinton’s (his wife’s name is Hillary) chief economic adviser Larry Summers and Wall Street lobbyists as they pushed an agenda of “wonderful” financial sector deregulation.

2016 Presidential candidate/Senator Bernie Sanders of Vermont and Representative Brad Sherman of California are trying to prevent another occurrence of world depression.

WASHINGTON, May 6 – Sen. Bernie Sanders (I-Vt.) today introduced legislation to break up the nation’s biggest banks in order to safeguard the economy and prevent another costly taxpayer bailout. Rep. Brad Sherman (D-Calif.) proposed a companion bill in the House.

The biggest banks in the United States are now 80 percent bigger than they were one year before the financial crisis in 2008 when the Federal Reserve provided $16 trillion in near zero-interest loans and Congress approved a $700 billion taxpayer bailout.

“Never again should a financial institution be able to demand a federal bailout,” Sherman said. “They claim; ‘If we go down, the economy is going down with us,’ but by breaking up these institutions long before they face a crisis, we ensure a healthy financial system where medium-sized institutions can compete in the free market.”

The 2008 financial crisis had a devastating impact on the U.S. economy. It cost as much as $14 trillion, the Dallas Federal Reserve calculated. The Government Accountability Office pegged the cost at $13 trillion. The Congressional Budget Office estimated that the crisis nearly doubled the national debt and cost more than the Bush tax cuts and the wars in Iraq and Afghanistan combined.

The six largest U.S. financial institutions today have assets of some $10 trillion, an amount equal to almost 60 percent of gross domestic product. They handle more than two-thirds of all credit card purchases, control nearly 50 percent of all bank deposits, and control over 95 percent of the $240 trillion in derivatives held by commercial banks.

The Sanders and Sherman legislation would give banking regulators 90 days to identify commercial banks, investment banks, hedge funds, insurance companies and other entities whose “failure would have a catastrophic effect on the stability of either the financial system or the United States economy without substantial government assistance.”

The list would have to include Bank of America, Bank of New York Mellon, Citigroup, Goldman Sachs, JPMorgan Chase, Morgan Stanley, State Street and Wells Fargo. These eight institutions already have been deemed “systemically important banks” by the Financial Stability Board, the international body which monitors the global financial system. Under the legislation, the U.S. Treasury Department would be required to break up those and any other institutions deemed too big to fail by the treasury secretary. Any entity on the too-big-to-fail list would no longer be eligible for a taxpayer bailout from the Federal Reserve and could not use their customers’ bank deposits to speculate on derivatives or other risky financial activities.