“Nature is the art of God.” 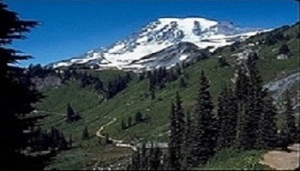 Treason 3: The Temple of Doom is part 3 of a three-part documentary “Treason”. It covers various aspects of environmental issues surrounding climate change, including critical looks at “cap-and-trade” (CAT) measures meant to reduce emissions of greenhouse gases. Treason 3 begins by declaring that the Green Agenda has been hijacked; climate change has turned into a movement to make private corporations the land barons of the 21st century.

Bankers have found a way to get in on the act of carbon trading, gambling on the price of permits.

Scientist James Hansen believes that “the dirtiest trick governments play on their citizens is the pretense that they are working on clean coal“. The world’s largest coal-burners are the United Kingdom, United States, and Germany. CAT legislation was guided through the U.S. Congress by Senator Tim Wirth, legalizing a money-making scheme which became the model for European CAT – it basically takes the public air, water, and land and turns it into private property. Unfortunately it is the universal pattern. Mr. Hansen believes “CAT is a cop-out, driving the world to a dead-end, to a social and ecological disaster”.

A letter sent by the British Economic Association’s president to all member economists told them that the climate change issue is going to become very important, we have to understand it, and then we have to suggest policies that will enable us to capture this issue for our profession. Economists talked about CAT being a market-based approach, but it’s not a market at all – it’s created by legislation. CAT will create a gigantic bureaucracy. A real market approach would be a carbon tax which is very simple.

There is something worrisome coming down the highway, and that’s carbon trading. CAT is based on neoclassical economics and likely shaping up as the mainstream solution to the climate problem. Europe spent $50 billion on trading the pollution permits, the largest permit went to a German coal-burning facility, then their carbon dioxide emissions actually increased.

The second part of CAT is offsets, a supplement to CAT. Offsets allow corporations to use cleverly thought up equivalents to emissions like tree plantations in the global south, or iron filings in the ocean to absorb carbon, etc. to avoid and/or delay improvements to equipment and other measures to reduce emissions.

The global carbon trading market has become very large, the number of permits are expected to decrease, so the price of permits is expected to increase a lot. Permits now trading for 50 euros per ton of greenhouse gases are forecast to be selling for over 100 euros in 5-10 years. The income stream should be quite large – a trillion-dollar market by 2020. It will become the world’s largest commodity market and is looked upon by Wall Street and the City of London as the replacement for the giant derivatives market which resulted in the 2007-8 economic crash the world is still suffering with today.

Carbon trading is predicted to become worth $3 trillion by 2020

According to one man in the film, many people have concerns about the carbon market actually leading to a bubble similar to the property/housing bubble which had a huge effect on the crash. He finds that the problem is how people will value the assets – the commodities that are getting traded. Under the United Nations agreement known as the Kyoto Protocol, most of the offset credits, most of the carbon credits produced by offset projects under the clean development feature of Kyoto, are actually being bought every day. Not by polluters to offset their pollution, but by Wall Street firms like Goldman Sachs, Morgan Stanley, Deutsche Bank and others.

They are buying up the credits, not to deal with their own pollution problems, which aren’t nearly as serious as mining and manufacturers – they’re buying permits to gamble with them. To speculate. If they increase in value you can make money off that. If they crash or go down in value you can short them and make money from that. You can make money from volatility, when they go up and down in price, like hedge funds do.

Climate policy is being passed into the hands of Wall Street and the City of London. One of the dangers is that this will drive a bubble in carbon credits, and nobody knows about these new commodities. They have been packaged, sliced-and-diced; credits from a windmill project get combined with a plantation project with an efficiency project, securitized and so on…

It’s an extremely complex market of assets, nobody will know what they are, nobody will understand them, the price goes up and up and up until someone asks, “what are we trading in?” People lose trust and the bubble market crashes. A lot of money gets traded on Wall Street and City of London where they trade those carbon derivatives between each other, but very little carbon gets taken out of the air.

An alternative to massive bureaucracy, financially dangerous CAT/carbon trading is then illustrated. A carbon tax on gasoline of $1 per gallon would raise an estimated $670 billion per year. It would be inaccurate to call it a carbon “tax” because the $670 billion would be returned directly to citizens – around $3,000 per person. Scientist James Hansen agrees with such a “tax” to incentivize both reduction in gas usage and innovation in auto technology. Other benefits include people moving into higher miles-per-gallon vehicles, automakers’ understanding their products need higher mileage per gallon plus new hybrid/electric product development, and a more intense renewable energy consciousness, accelerating creativity for solar, wind, biomass and other green energy options.

Treason 3 then touches on Iceland and its fishing industry. International Monetary Fund established a conservation fund which apparently was a cover for speculating in the money markets. Corporations with factory-sized fishing vessels had the financial muscle to buy the fishing permits. Iceland didn’t charge enough for the full rental value of the fish. Fish quotas became a major instrument of funds for the banking industry speculators to make money. After Iceland’s banks collapsed, Icelanders realized they had to charge substantial rent to fish their coastal waters.

Narrator Fred Harrison then points out that many wars will be fought in the future over drinking water. Rivers are running dry, droughts are turning once fertile farmland into semi-deserts. Viewers learn that in California the super-rich are at the head of the pack for getting scarce water supplies.

Finally, the film asserts that those who have benefited from natural resource extraction had gotten off the hook with regard to damage done to the environment, including human beings, animals, and plants. Incentives are necessary to counteract the culture of greed and the harmful pollution that has happened, and is happening. John Perkins gives the example of Ecuador, whose new constitution just ratified gives land, forests, rivers, animals and plants inalienable rights. He sees this as a subtle, yet very important statement for Ecuadorans in their respect for the nation’s natural resources.

The woman closing the film goes one step further than Ecuador, calling for a Universal Declaration of Planetary Rights. She believes such an agreement is necessary to deal with the crisis, and has the added benefit of creating a seismic shift in consciousness.

An architect from Europe has designed a unique product for collecting solar energy: “Rawlemon Spherical Solar Energy Generator”. This video is from YouTube channel “Rawlemon Ltd.” and, seeing it is one of two videos uploaded, the product seems at present in its initial stage(s) of development. The website to get more information on this invention is Rawlemon.com. At this time, the website is under construction so there is nothing further that I can convey about the potential of this solar energy innovation.

The reason I find this so interesting is because a similar concept came into my imagination.. My concept consisted of the same glass ball as the Rawlemon, made of the same type of glass used to make magnifying glasses. Everyone remembers when they were kids and used magnifying glasses to burn pieces of paper etc. So, a ball of magnifying glass seems like a good way to produce heat, with the ball shape allowing for continuous magnification from the sun no matter what time of day, eliminating the constraint of flat, rectangular solar panels having to become programmed to “follow” the sun across the sky.

The limited amount of information available on the Rawlemon because of the website modifications now under way does not allow one to find out what qualities the glass ball has with regard to magnifying properties. This video mentions concentrating 10,000 times the sun’s rays entering the glass ball, so this may mean that a magnification inducing glass is in place.

At any rate, the Rawlemon Spherical Solar Energy Generator may or may not be a product that revolutionizes the field of solar energy generation. At this point, we can only hope that it is.

Peace On Earth: And How Much Longer? … If Not Now — When?

A diary of NATO's threat to world peace