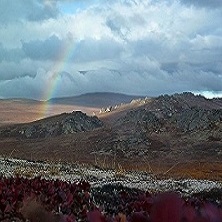 nited States representative to Congress Tulsi Gabbard of Hawaii traveled to Syria recently along with former member of Congress (and candidate for President) Dennis Kucinich of Ohio. The current and former U.S. politicians went on a fact-finding four-day mission, visiting and discussing the tragic situation there with Syrians from all walks of life – including a personal meeting with Syrian President Bashar al-Assad.

The four young Syrian women Ms. Gabbard met in Damascus recorded in the video below were in the 12-14 year age range when the tragic violence, killing and destruction of their home nation began nearly (6) six years ago. Given the seemingly inestimable, endless levels of reconstruction which is going to become necessary once peace finally returns to the country, it is somewhat remarkable – a supreme irony, certainly – that two of the young women are studying architecture while another studies civil engineering.

One becomes hesitant to comment further for fear of detracting to any extent from the powerful message delivered by four kind and pleasant young Syrian women to the American people. Their heart-felt unanimous message clearly comes through loud and clear, leaving nothing else necessary to say… 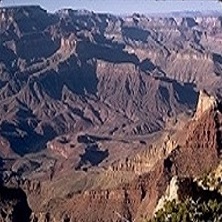 aricopa County in Arizona – where voters waited for hours in lines stretching for city blocks to cast their ballots Tuesday, March 22 – reduced the quantity of polling places from 211 in 2012 to 60 in 2016. Maricopa County is Arizona’s most highly populated county with residents numbering in the millions, and one of the most highly populated in the United States. Helen Purcell is in charge of Maricopa elections as recorder, and she is the person most responsible for reducing polling places by 70% – while record turnouts experienced in earlier states were also expected in Arizona.

Arizona was one of many states with a history of voting discrimination constrained from discriminatory practices and/or actions by Section 5 of the Voting Rights Act. That is, until the United States Supreme Court decimated protections for voters in 2013 by eliminating Section 5. If the Supreme Court hadn’t taken the action, Helen Purcell would have had to prove the appropriateness to federal election authorities of any proposed reduction in polling places. After the 2013 decision, she had no legal requirement to justify reducing polling places in Maricopa County, and this is one “factor” that thus far Ms. Purcell hasn’t attributed to the long lines of voters.

It’s very difficult to imagine Ms. Purcell not becoming aware of the record voter turnouts in states holding elections before Arizona, so one’s suspicions over her severe narrowing of opportunities for Arizona voters to easily move through the process are legitimate. It’s simply impossible that Helen Purcell is the sole exception of all Americans who know and feel the massive participation and excitement being generated by the 2016 presidential election.

After Ms. Purcell in the following interview gets asked by a local reporter “Who’s to blame?” for the exasperating long lines, she starts by saying “Well, the voters for getting in line…”, then, in her sole interview reference to the small number of polling places, “…maybe us for not having enough polling places, or as many as we usually have”. It seems an honest response would have been, “We made a huge mistake by cutting polling places from 211 (2012 election) to 60”. But, she didn’t admit the obvious source of the problem, and that is the source of concern.

The interview moves on, and she states that another “factor” was the hype surrounding the election that had grown in the “last week to 10 days”, suggesting perhaps Ms. Purcell was, indeed, the only American who hadn’t been observing the election; the record turnout in many states during the weeks and months before Arizona. The reporter asks her, “What could be done differently going forward?”, and Ms. Purcell responded with: “Well, we will certainly look at this, and see if we need to do, um, something different”.

Again, she avoids any mention of the much smaller number of polling places – the 10,000 pound gorilla in the room – but instead that “…we’ll have to look at all these issues”. In a somewhat desperate manner to divert attention, she points out that “We got people out to vote”, as if it was Helen Purcell’s efforts to motivate voters which resulted in the record turnout, and not the real genesis, the 2016 election’s nation-wide electrifying nature.

One can assume attorneys for the Sanders campaign are looking very closely at Helen Purcell, when she decided on dropping from 211 to 60 polling places in Maricopa County, the reasons for doing so, and who may have “influenced” her into taking that action. Or, perhaps Helen Purcell has somehow allowed the power of her office – greatly increased and let off the legal chain after the 2013 Supreme Court decision, in the first presidential election since – to transform her into an extreme, secretly masochistic human being who’s great fetish is seeing thousands of men and women standing in lines.

In Arizona, Hillary Clinton and Donald Trump were the big winners, and Bernie Sanders’ campaign was left with the short end of the stick. Perhaps it’s just incompetence that led to the severe voting problems Arizonans experienced on Tuesday, March 22. Neither Clinton or Trump have any complaints whatsoever about the long lines – or the results –  in Arizona. None at all.

Notice Ms. Purcell’s near total avoidance of the polling place “factor”, and ask if there’s not more to this story.

To anyone able to provide information and clarify this identification issue – please do so in the comments. We are only seeking the truth, and any help in that direction is greatly appreciated. If there is no relation of Helen Purcell-Arkansas to Helen Purcell-Arizona, if they are different women, the second part of this article must come down, because it deals with rumor, coincidence, and false assertions. Again, any help is greatly appreciated in clearing up this matter.

Last addendum: A phone message was left at the Arkansas Lieutenant Governor’s Office strongly suggesting a public statement on the Helen Purcell identity and confusion issue.