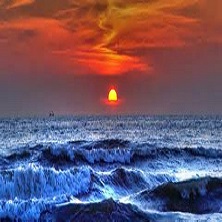 o, what will happen if the Syriza party and its leader Alexis Tsipras win Greece’s snap elections on January 25? This is the question men and women around the world are asking while the days to the Greek elections wind down. Recent polls show Syriza holding a lead from 3-9%, and this has led to pushing the Euro down to a nine year low. Many wonder if a Syriza win will lead Greece to leave the Eurozone and the Euro currency, returning to sovereignty and a sovereign currency – the drachma, which was the primary Greek currency before adoption of the Euro.

Greek debt has risen to 175% of its gross domestic product, far above the level which makes those debts impossible to repay. The unemployment rate in Greece isnear 25% with youth joblessness at 50%. Compiled negative economic statistics result in real-life consequences for the people of Greece, who have become strongly opposed to the Troika’s belt-tightening demands on their government. This increasingly depressing, multi-year set of conditions in Greece has many political/economic analysts predicting an election victory for Syriza.

Syriza has expressed its intention of remaining in the European Union if victorious at the election polls, but holds firm on its anti-austerity stance and renegotiation of the nation’s debt to the so-called ‘Troika” – the European Union, International Monetary Fund, and European Central Bank. Many see such renegotiations as a very strong possibility if Syriza gains political power, which could then lead to some or all Eurozone states to demand the same re-do of their national debts.

Although Syriza has pronounced its plan to stay in the Eurozone, if that decision became reversed and the country did leave, some believe other European Union states would follow suit.

Of more concern are massive derivatives “bets” linked to economic and financial conditions in Greece which would become payable should Syriza choose options that created the conditions which set those financial instruments off. Some analysts have gone so far as to predict a worldwide economic/financial crisis should the Greek situation move in ways that stimulate derivatives contracts. Whether the “Citigroup Provision” inserted into the United States “Cromnibus” spending bill recently, which put the American taxpayer back on the hook for multi-trillions of dollars worth of derivatives losses by the world’s largest banks, became written by bankers then passed by Congress with the situation in Greece (and the Eurozone) clearly in focus is uncertain.

Some see it as fitting that Greece, the birthplace of democracy, is where people will begin to fight back against austerity and the Troika, in an election which answers the question: “Who is really running Greece (and states in the Eurozone)? Mega-sized international financial behemoths whose bankers/owners look after their own interests – or the people?” The upcoming elections in Greece, coming very shortly at the end of January, will have enormous, potentially world-record-setting consequences rarely seen in the entire history of money.

From what may become a truly historic election, humanity could see the building of an entirely new international financial system that serves the people – oiling all parts of the real national economies of the world – instead of serving a small group of “elites” in the financial sector whose fruits of production are digital/paper contract profits made while participating in the “casino economy”.

In a process which could be compared to reincarnation, the birthplace of democracy over 2,000 years ago may become precisely the same place where humanity sees democracy born again.

All eyes are on Greece.

People around the world may want to keep an eye on the Greek political party Syriza in the weeks and months ahead. Candidates belonging to the Syriza Party in Greece were in a celebratory mood today as the nation’s people voted big for them, prompting their leader Alexis Tsipras, who was a candidate for European Union (EU) president, to call for early elections.

What is significant about Syriza and its movement is that it directly confronts the financial industry which caused the economic crisis of 2007-8, a crisis still felt around the world today. With the discovery of this party in the last few days, the best way to describe its mission is to imagine men and women involved in America’s Occupy movement entering into politics through elections in a big way. Imagine the “Occupy Party” being the most popular party in America, and that may give one an idea how important this Greek party’s success has been.

Syriza leader Alexis Tsipras was at the University of Austin in Texas to give a talk in November 2013, and that talk has been posted here thanks to Social Journal Europe’s YouTube channel. It is very possible that, because Greece has suffered more than other European Union states from austerity measures, Syriza came to exist and grow out of sheer necessity. The members of Syriza are uncompromising in their strong intent on ending austerity, first in Greece and then the entire EU.

Their recommendations for saving the Eurozone are a change in ideas, change of policies, and a change of institutions, most notably changes that separate the Eurozone from neoliberal models. Americans are familiar with the messages from Occupy that pointed the finger at the “1%” and Wall Street corruption – Syriza Party of Greece plans to decisively act and put an end to corruption that emanates from the banking/financial corporations.

For this reason, because Syriza is now in a solid position to greatly influence events in Greece and the EU, men and women who agree with the focus and ideas that came out of the Occupy Wall Street movement in America would do well to follow Syriza’s example, and learn more about Syriza’s story.

In Mr. Tsipras’ view, the other EU parties will now have to decide if the Eurozone experiment has been a success or not. Because of the Syriza party’s success in Greece, the issues of privatization, deregulation, private central banks, and diminishing social agreement at the EU level will become included as topics of debate and discussion in the European Parliament at higher levels. Syriza’s success will act as a type of catalyst for political debate, where ideas about change previously neglected or ignored will enter the public discussion.

Americans could imagine many more elected representatives in Washington, D.C. like Bernie Sanders or Elizabeth Warren or Dennis Kucinich and find an analogy to the future of Greece and the EU thanks to the efforts of men and women of the Syriza Party. The situation in Greece has been the same as many other nations, after the 2007-8 economic crisis falling into massive debt related to Wall Street corruption, then having their bankers bailed out, but without any money going toward improving the economy of most of the people on “Main Street.”

Syriza intends to implement cancellation of a large fraction of their national debt, call for an international conference on public debt, write off “odious” debt, eliminate interest payments on debt, and nationalize its central bank by turning it into a public utility. During this talk, Mr. Tsipras notes that there will be a battle with both old and new “kleptocrats”, that those kleptocrats know this battle was coming so will call members of Syriza dangerous extremists, as well as deliver smears of “radicals”. Tsipras wonders “why such venom?”.

“Because Syriza will end their hegemony.”

He suggests Americans can learn from the Greece situation that austerity is a suicidal, economic dead-end. “Basic incomes, public health provisions, public education, social cohesion, environmental protection. These are the public goods that, if depleted, will then undermine not only America’s ability but also its capacity to repay its debts. We must protect our public goods, not only in Europe, but in America.”

“The veil of silence must be lifted. Europe must stop pretending that it’s a ‘model prisoner’.”

In the coming weeks, months and years, political debate in Greece, the European Union – and the Earth – shall be very interesting indeed.