riter/journalist and former Reagan administration Treasury official Paul Craig Roberts made a point in an article about 9/11 recently that shows the great change of opinion on the event since September 11, 2001. Mr. Roberts, after showing statistics that say today more Americans think the government’s official narrative (The 9/11 Commission Report) is a pack of  lies, omissions, and a conspiracy to deceive the people, writes in other words that so-called “9/11 Truther” tinfoil hats are being exchanged between first-researching doubters of the official “story” and those having full faith in their government’s truthfulness.

According to Paul Craig Roberts the people who still believe the official 9/11 narrative are now perceived as the conspiracy nuts. If Mr. Roberts is correct in his viewpoint of 9/11 perceptual changes across society, it means that Hillary Clinton, Gary Johnson, and Donald Trump (because, unlike Dr. Jill Stein who is calling for a new 9/11 investigation) are tinfoil-hat-wearing, conspiracy nut presidential candidates who accept the official 9/11 report as gospel – as the end to the story.

Whether the media traction gained by the Stein-Baraka campaign, in rightly calling for a 1st, real investigation of the immeasurably important events on 9/11, will result in their inclusion at presidential and vice presidential debates between all remaining candidates is uncertain. Yet…? Wouldn’t it be interesting to hear the responses from Clinton, Johnson and Trump, and from Kaine, Weld and Pence, when asked about a new, independent 9/11 investigation?

Yes, it would certainly be very interesting. On its face, a new 9/11 investigation suggests the perpetrators of that mass murder of 3,000 have yet to become apprehended, prosecuted, and justly punished. So, far beyond clearly interesting… but absolutely essential. 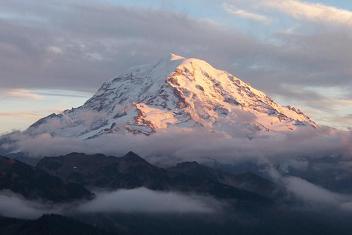 enowned legal expert/attorney, professor and author Daniel Sheehan was one of the keynote speakers in New York City over the weekend (September 10-11) at the Justice In Focus 9/11 symposium. Mr. Sheehan shared details of major historic American cases he’d participated in and/or led, to provide relevant examples of difficulties and challenges the men and women pushing any effort to prosecute the potential criminals responsible for 9/11 will run up against.

From facing aggressive criticism by corporate media, to politically appointed judges who will block efforts for 9/11 justice, to probable near-endless resources available to individuals named as defendants, men and women lawyers on any team working for justice after 15 years will need their legal plans, tactics, and details in proper order – their legal “ducks in a row”.

A legal effort to prosecute individuals responsible for the crimes of 9/11 represents a higher level of seriousness than normal petty political crimes, and another category of scandal or crime involving national politics/government. The extremely rare events of 9/11 are criminal offenses for which existing legal institutions were never designed to handle.

To help illustrate the extraordinary legal nature and seriousness of the crimes committed on 9/11, Mr. Sheehan shares the words of President Jimmy Carter administration official Gary Sick, where Sick, referring to the Iran-Contra scandal, quotes a French poet: “..(crimes) so grave that they cause the very foundation of the law itself to tremble.”

Mr. Sheehan shared more words written by Gary Sick: “We know what to do with someone caught appropriating funds, but when confronted with evidence of a systematic attempt to undermine the very democratic political system itself, we all recoil in a general failure of nerve.”

In what was a very informative, revealing and forceful talk, Daniel Sheehan ended by telling men and women seriously considering lawsuits against the planners of 9/11 that, once begun: “..they better not stop, better not delay, but must be ready to go all the way with this.”

He also pointed out any 9/11 case would end up in front of the U.S. Supreme Court, making clear potential legal actions involve extremely high-level litigation, a heightened level of scrutiny, more attempts by judges to dismiss, and the necessity to “cross every ‘T’ and dot every ‘I’ .”

More people are becoming aware of the individuals and/or groups behind the 9/11 attacks as the U.S. “Deep State”. Of the remaining candidates in the 2016 presidential election, only Dr. Jill Stein and Ajamu Baraka of the Green Party have called for a new, independent investigation of 9/11.

Gary Null of the Progressive Radio Network posted a 15-year commemorative, 6-hour compilation of 9/11 interviews, including a talk with Daniel Sheehan. Other experts on various aspects of 9/11 interviewed by Mr. Null include:

Consider Gary Null’s compilation of interviews a 6-hour audio book on the events of September 11, 2001. Thank you, Gary Null.

38,625 spam blocked by Akismet
The Expose