A film by Michael Oswald – One hour, 18 minutes 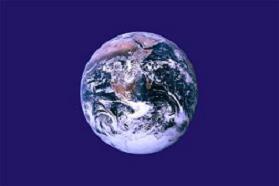 he British Empire transformed from a colonial power to a financial power. The global secrecy for the world’s elites began in earnest during the 1960s in the British offshore colony of Cayman Islands, one of many smaller remaining British colonies to eventually host tax-evasion “sweet-spots” for global elites.

The people choosing to hide their money, profits and assets are figures well-known and well-heeled in realms political, business, entertainment, sports, mafia/criminal, etc., for the direct purpose of evading paying their fair share of taxes, as most everyday citizens do. Bank of Credit and Commerce International (BCCI) serves as one of the prime historical examples of the fraudulent, criminal, war-making, negative consequential outgrowths of the bank secrecy historical phenomenon.

Trusts as perhaps the major “tool of all tools” for those various elites become discussed during the documentary, while illustrating potentially $50 trillions of dollars in trust assets moved to tax haven jurisdictions, effectively an impenetrable structure for tax officials in nations where the assets originated, due to engineered, intentionally highly complex schemes devised by management and employees at the world’s most powerful accounting, banking and legal companies.

Politicians like former British Prime Minister David Cameron, whose own father hid wealth in tax havens, tell the people of their nations one thing – “We must end tax evasion by establishing 100% transparency” – while in reality no actions are ever subsequently taken to alter or resolve the problem of tax evasion.

After their public relations joint press event in response to the BVI scandal, neither Cameron nor Obama acted in any substantial ways to diminish or end tax evasion. In other words, five years ago in 2013, Cameron and Obama lied through their teeth. The same goes for the later Panama Papers release, among other revelations.

Men and women who speak out on the $trillion per year global tax evasion industry most often are on the receiving end of harsh retribution, – evolved in manners which are very subtle, but nonetheless, thus far, effective in smashing down the voices of those willing to fight against historic-level corruption fueled by sheer greed.

Like men and women who speak out strongly against other major historically important lies such as the 9/11 deception, the Bill Browder-Magnitsky Act scandal, false flag chemical weapons operations in Syria, etc., taking on the world’s most wealthy and powerful with regard to tax havens is difficult because of complexity surrounding the issue(s) and less-than-ideal public awareness, and so extremely challenging.

Speaking of the 9/11 deception, clearly the most important scandal of the 21st century … after 17 years the men and women of the Lawyers’ Committee for 9/11 Inquiry have initiated a guaranteed legal path toward uncovering the harsh truth.

Despite Bill Browder and his legal team’s efforts to suppress the truth … found in Andrei Nekrasov’s  brilliant film “The Magnitsky Act: Behind the Scenes”, Alex Krainer’s book “Grand Deception: The Bill Browder Hoax”, and Browder’s shell company records in Cyprus sought by Russian tax officials, the Browder-Magnitsky scandal – a close 2nd behind 9/11 on the list of important stories of the 21st century – is rapidly coming into the awareness of more and more people the world over.

The obstacles to total public awareness of secret, dangerous, harmful actions carried out by the handful comprising the world’s elites for decades are certainly not insurmountable.

The morally-motivated people behind production of “The Spider’s Web: Britain’s Second Empire”, along with men and women working to expose related major historical events and criminal phenomena, are taking concrete, positive action – and leading the way.