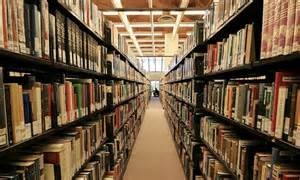 lie as unprecedented-in-history, massive and obvious as 9/11 was impossible to sustain, therefore after 18 years the lie – without a doubt, and with bittersweet long-awaited relief – is collapsing faster than a “New York minute”.

Former United States Senator and vice presidential running mate of Al Gore in the 2000 presidential election, Joe Lieberman, has a big problem. One would even be so bold and go so far as to strongly suggest that Joe Lieberman – with his shocking newly-uncovered public “testimony” regarding Building 7 and 9/11, shortly after publication of the 9/11 Commission Report – must become added to the list of “persons of interest” to become intensely questioned and investigated.

(Thank you to Lawyers’ Committee for 9/11 Inquiry at YouTube)

One might imagine Mr. Lieberman being legally deposed on this matter, and in the process asked for his response to the following brief video regarding Building 7’s collapse on September 11, 2001. Others at the highest level of United States government power, past and present, whose considered, responsive perspectives would assuredly be valuable – for better or worse – include current President Donald Trump, and former presidents Barack Obama, George W. Bush, Bill Clinton, and Jimmy Carter, in bipartisan fashion.

END_OF_DOCUMENT_TOKEN_TO_BE_REPLACED

Anticopyright: Editorials and articles originated on TMS may be freely reprinted, disseminated, translated and used as background material, provided an acknowledgement and link to the source is included. Thank you.

Today’s Political World at a Glance

6 Jul 2019 – Global politics is overwhelmingly becoming robotic when question of safeguard of the mankind comes up. Global political leaders are fast becoming actors on stage – issuing abstract statements of outrage and phony sense of grief when thousands and millions of human lives are constantly bombarded by the weapons they manufacture and sell to crush the human soul and to support the war economies. The UNO and its Secretary General and the UN Security Council – all are just debating clubs engaged in time killing exercises to deceive the mankind and to betray the ideals of the Charter to “safeguard the humanity from the scourge of wars.” Many top UN officials are paid employees with no sense of accountability to the global community.

The reality of man-made catastrophic conflicts enhanced by national interests and war-led economies are ingrained in the war racketeering plans across the globe. The 21st century knowledge-based informed mankind is the net victim of the global political monsters. Millions of human beings are forcibly displaced, evicted by plans and charcoaled by forbidden chemical weapons across the Middle East yet; most global leaders do nothing to prevent the aggressive catastrophes except statements of fake ‘outrage’ reaction as if others were inhuman casualties. We are witnessing abnormal political culture of human bloodbath as being normal.

The global community – a divided and dispersed mankind is unable to challenge the war racketeers and global hangmen who claim to be political leaders. They are egoistic professionals with big mouth without wisdom and full of self-engineered false democratic clichés, contradictions, distortions and misrepresentation of the rights of common citizens in modern democracies. These are frightening trends for the present and future generations to survive. Most of the economically influential actors occupy the political platforms – either through backdoor conspiracies or entrenched political intrigues.

They profess to be intelligent and outspoken for the rights of the people but in reality are offensive to truth and listening to voices of reason and honesty. How do we call for a balancing act in a world terribly imbalanced by nationalism, political and economic ideologies of supremacy and shallow imaginations and practices of human equality, human rights, peace and harmony amongst all the diverse segments of the living humanity?

We cannot abandon the search for a better and more rational world of systematic mechanism to protect the peace and security of the mankind on this One Planet. We, the People, We the Humanity and conscientious thinkers and scholars must wake-up to the immense sophisticated and technologically advanced challenges to disconnect us from the Nature of Things and to dehumanize us by global scenarios of ethnicities, nationalism, state borders and cultural superiorities and ruling class distinctions. William Godwin (Enquiry Concerning Political Justice and Its Influence on Modern Moral and Happiness, 1793), said it right:

Men of genius must rise up….to analyse the machine of society to demonstrate how the parts are connected together… and point out the defects and remedy. It is thus only that important reforms can be produced…He who is a friend to general happiness will neglect no chance of producing in his pupil or his child, one of the long-looked for saviours of the human race.

Do We, the People, Realize to Be One Humanity on One Earth?

We are One Humanity on One Planet and we have a right to be here in peace and harmony, not in conflicts, not collaborators to kill the mankind and destruction of the human environment and habitats. This will be contrary to our Nature and inhuman if we cannot come to terms with our peaceful co-existence, identity and responsibility being the chief guardians of the living planet in a living Universe.  We, the humanity lives on a balanced Planet – Earth located at a measured distance from the Sun and Moon and other stars.

God created the Universe and blessed it with all functionalities and provisions for life-sustaining factors since millions and billions of years. Do you realize if there was no water, no oxygen or hydrogen and other gases or sun light to support all the living creations – what would have been the shape and form of life on Earth?

Could we the human kind count the blessings of God to maintain life for millions and billions of years on this planet?  All things exist in a mathematical order, whether we recognize it or deny it. So strange, we know all about other material things and scientific – technological developments but we are ignorant and arrogant to learn about our own origin and existence on a living planet. We are born from mother’s tummy – one and the same all over the globe – One Humanity.