ersons who have followed tragic events in Syria over the course of over seven (7) years since warring began in March 2011 can understand the frustration felt by Syria’s United Nations Ambassador Dr. Bashar al-Jaafari. His nation and its people have been victim to a historic criminal, covert, organized war of aggression using terrorist mercenaries leading to the deaths of an estimated 500,000 human beings.

One who has observed events unfolding across the span of years might wonder what spiritual, emotional or moral reserves Dr. al-Jaafari has turned to for maintaining his sanity and continuing to fight the diplomatic battles inside the increasingly hostile United Nations Security Council.

If the leaders of the United States, United Kingdom and France can somehow come to their moral senses and choose not to order another false flag chemical weapons event in Syria, in the process opting not to attempt an illegal military strike meant to overthrow the Syrian government, – then perhaps the Syrian people can finally experience a long-awaited peace.

If only … Bashar al-Jaafari’s blistering oratory at the September 6, 2018 meeting of the U.N. Security Council will most certainly not become reported or shown on Western corporate media, continuing the total blackout on his U.N. activities since March 2011.

If only … Should civilization rise to the occasion, manage to avert the unspeakable, and future generations experience the opportunity of discovering transcripts of U.N. Security Council meetings from 2011-2018, among those who will stand out more than others, recognized and honored by people years from now, will be Syrian Dr. Bashar al-Jaafari.

“As I’m sure you’re aware, President, Syria and its allies are engaged in a ferocious battle against terrorist organizations such as Daesh and Al-Qaeda, Jabhat Al-Nusra, the Al Nusra front, and others. And I’m pleased to say that we are winning that ferocious war – against terrorists, may I repeat. We do not need to use the prohibited chemical weapons to stamp out terrorism, nor would we.

“As I’m sure you’re aware, those who have waged war against international terrorism, and you have all done so in your way, you all know that we cannot give ground to political blackmail and to the threats posed by terrorist organizations. Nor can we give way to political blackmail by governments including the governments of the United States, the United Kingdom, of France, who have engaged in prohibited acts in Syria, to witt: support for terrorists and terrorist attacks.

“They have given orders to Al Nusra front, to a terrorist group and to its affiliated groups, in particular the White Helmets. Given them orders to use chemical weapons to target civilians in Syria, and then to turn around and accuse the Syrian government of having behind these chemical attacks, and use that as a pretext for their own ends in Syria. The war is in Syria. It’s not in New York, Washington, London or Paris, and we have no beef, as it were, with New York, London, Washington, Paris. We certainly didn’t.

“Our war is against Al Qaeda, which has been responsible for aggression; which carried out an aggressive attack in September 2001 in New York. It has been responsible for attacks in Paris, in London, in other capitals. That is our enemy – a deserved enemy Al Qaeda. And you, – you support and back Al Qaeda against us. And the reward for all of that is that we are forced to wage this war alone. Ask yourselves, ladies and gentlemen, you who are supposed to be responsible for upholding the Charter and international peace and security.

“What would cause Syria to use a prohibited weapon – prohibited internationally, – a weapon that we don’t possess and that will bear no fruit? That will gain us no ground; that will lead to nothing?

“This is simply being wielded as a pretext by the three countries before-mentioned to carry out aggression.

“Fifty-six (56) official letters have gone between ourselves and the OPCW. I beg your pardon …one hundred and fifty-six (156) letters, including some letters addressed to you the Security Council in the OPCW explaining the facts of Syria’s government action, of what we’re doing. But nobody reads these letters.

“Nobody wishes to cooperate with the Syrian government to combat and stamp out terrorism and to prevent the use of chemical weapons. That’s what we’re seeking to do. And why not? …Because certain countries don’t actually wish to resolve the problems in Syria.

“Certain nations are invested in terrorism.

“Why are the Security Council and the OPCW still incapable of handling information provided by Syria in one hundred and fifty-six (156) official letters, most of them provided last year, on a handling of chemical elements, and also reporting the use of toxic chemical substances by terrorist organizations targeting civilians? And the terrorist organizations were allowed to get off scot-free, and the army of the Syrian Arab Republic is accused instead.

“We have many questions. We have detailed them in these letters and we have no answers thereto.  I leave you to draw your own conclusions.

“Over the last eight years the governments of these three countries, – the U.S., the U.K. and France – have supported terrorists. And that is why these three governments in their actions, often indirect but often flagrant, are engaged in behind-the-scenes military action against our country. They illegally deploy military forces in parts of the Syrian territory. These countries impede the political process; they have done so in Astana and Geneva and Sochi, and in so doing they hinder the eradication of terrorism in Idlib.

“They intend to impose a suffocating economic embargo on the Syrian people, and they seek to strangle the financing of the reconstruction, rehabilitation and reconciliation of Syria. These countries will hamper the return of refugees through their actions, and the return of Syrian migrants as well, who wish to return to live in a dignified safe and secure and peaceful way in their country Syria.

“My country has therefore lived up to all of its obligations. Returning to these chemical weapons production facilities, I repeat: the last two have been destroyed and that has been verified.

“Two days ago we submitted an official letter to the members of the Security Council with specific, accurate and credible information about the preparations underway by terrorist groups in Idlib and in the suburbs of Aleppo, planning the use of toxic chemical substances as part of an attack against civilians.

“We underscored the fact that this is intended to turn around the territorial gains being made by the Syrian army in these regions. It is very clear, President, by way of conclusion … It is very clear.

“It is very sad that certain permanent members, including the current presidency of this Security Council, have mixed up the actual purpose of this meeting and the purpose of tomorrow’s meeting, and confuse the two issues.” 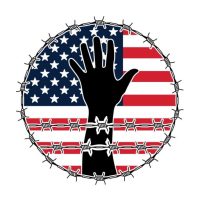