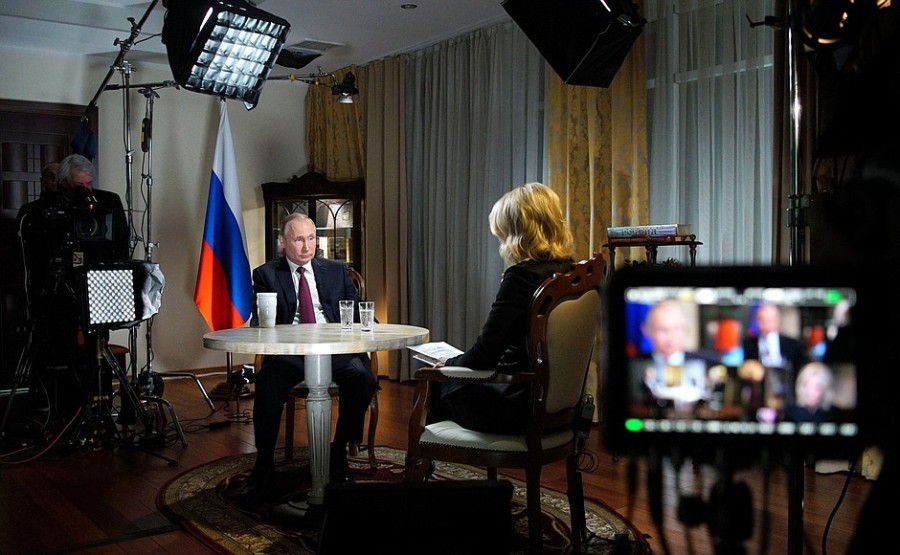 Since the television was invented, few broadcast media events have reached the level of becoming remembered as of historic importance for humanity. The full interview of President Vladimir Putin of Russia by American journalist Megyn Kelly is truly historic.

Humanity looks forward to President Donald Trump of the United States being interviewed in equally historic manner by a popular woman journalist from Russia.

Vladimir Putin interviewed by NBC anchor Megyn Kelly. The interview was recorded in the Kremlin on March 1, 2018, and in Kaliningrad on March 2, 2018. NBC showed an edited version only. The following transcript is courtesy of the Kremlin office of the President of Russia.

Megyn Kelly:So, thank you very much for doing this, Mr President. I thought that we’d start with some of the news you made today at your State of the Nation Address, then we will move into some facts about you in preparation for our long piece that we are putting together, and then tomorrow when we will have a longer time together, we will talk about more substantive issues together, if that is ok with you.