The Norwegian Nobel Committee has decided to award the Nobel Peace Prize for 2017 to the International Campaign to Abolish Nuclear Weapons (ICAN). The organization is receiving the award for its work to draw attention to the catastrophic humanitarian consequences of any use of nuclear weapons, and for its groundbreaking efforts to achieve a treaty based prohibition on such weapons. We live in a world where the risk for nuclear weapons being used is greater than it has been for a long time. Some states are modernizing their nuclear arsenals, and there is a real danger that more countries will try to procure nuclear weapons, as exemplified by North Korea
Nuclear weapons pose a constant threat to humanity and all life on Earth.

Through binding international agreements the international community has previously adopted prohibitions against land mines, cluster munitions and biological and chemical weapons. Nuclear weapons are even more destructive, but have not yet been made the object of a similar international legal prohibition. Through its work ICAN has helped to fill this legal gap. An important argument in the rationale for prohibiting nuclear weapons is the unacceptable human suffering that nuclear weapons will cause. ICAN is a coalition of non-governmental organizations from around 100 different countries around the globe.

The Coalition has been a driving force in prevailing upon the world’s nations to pledge to cooperate with all relevant stakeholders in efforts to stigmatize, prohibit and eliminate nuclear weapons. To date 108 states have made such a commitment known as the humanitarian pledge.

The committee wishes to emphasize that the next step towards attaining a world free of nuclear weapons must involve the nuclear weapons states. This year’s Peace Prize is therefore also a call upon these states to initiate serious negotiations, with a view to the gradual, balanced and carefully monitored elimination of the almost 15,000 nuclear weapons in the world.

Five of the states that currently have nuclear weapons – the United States, Russia, the United Kingdom, France and China – have already committed to this objective through their accession to the treaty on the non-proliferation of nuclear weapons of 1970. The non-proliferation treaty will remain the primary international legal instrument for promoting nuclear disarmament and preventing further spread of such weapons.

It is now 71 years since the U.N. General Assembly in its very first resolution advocated the importance of nuclear disarmament and a nuclear-free world. With this year’s award the Norwegian Nobel Committee wishes to pay tribute to ICAN for giving new momentum to the effort to achieve this goal. The decision to award the Nobel Peace Prize for 2017 to the International Campaign to Abolish Nuclear Weapons has a solid grounding in Alfred Nobel’s will.

The will specifies three different criteria for awarding the Peace Prize: 1.) the promotion of fraternity between nations, 2.) the advancement of disarmament and arms control, and 3.) the holding and promotion of peace congresses. ICAN works vigorously to achieve nuclear disarmament. ICAN and a majority of U.N. member-states have contributed to fraternity between nations by supporting the humanitarian pledge, and through its inspiring an innovative support for the UN negotiations on the treaty banning nuclear weapons, ICAN has played a major part in bringing about what in our day and age is equivalent to an International Peace Congress.

It is the firm conviction of the Norwegian Nobel Committee that ICAN, more than anyone else, has in the past year given the effort to achieve a world without nuclear weapons a new direction and a new vigor.

Thank you very much.

What is your message to the government(s) that has not signed the ban, including the Norwegian government?

The message is that this year’s Peace Prize is definitely an encouragement to them, and it is an encouragement to continue their obligations under the non-proliferation treaty, where they already have committed themselves to the goal of a nuclear-free world, and then in the process, a disarmament of nuclear weapons. We hope that with this year’s prize we can support the great effort that ICAN has made in giving new momentum, a new vigor, to the disarmament debate.

Is the timing the most important reason why you honor ICAN this year?

In one manner … yes. Of course, disarmament of nuclear weapons never go out of date. I have drawn a line back to the first U.N. resolution of 1946. But I do think that there is a popular belief among people all over the world that the world has become more dangerous, and that there is a tendency where we experience that the threat of nuclear conflicts have come closer.

What do you say to those who claim this is a symbolic prize, since none of the nuclear powers are behind the ban?

I disagree in such a criticism, because I do believe in that law matters. Laws, international laws and international obligations have in our experience had an effect, as I mentioned in this statement, that ban was definitely a part of the process when it came to cluster mines, land mines, biological and chemical weapons. The process will not be completed with a ban entirely. ICAN focuses on three steps: 1.) to stigmatize – that is the understanding of how devastating and dangerous these weapons are, and 2.) to prohibit and to eliminate, and 3.) to prohibit and eliminate our related processes, with different processes.

The Nobel Peace Prize has been given to numerous organizations fighting against the nuclear forces, nuclear weapons, but it doesn’t seem to have any effect.

I don’t agree in that statement either, because when you take a historical look it seems like there have been moments where it’s been more engagement among nuclear states to enter disarmament initiatives. I do not believe we are in such a moment today, and we do hope that it will have an impact, and what definitely will not have an impact is being passive and just accepting the state of the world.

The nuclear issue has had many candidates that’s been mentioned before, and I wonder did you consider giving, sharing the prize, between different activist groups or organizations or persons? Why did you land on this specific campaign?

You are correct. In this field there are many organizations and individuals who are active, and this year’s prize is a tribute to everyone, everybody working for disarmament. We have focused on ICAN because we feel, the Norwegian Nobel Committee, that they have taken a leading role in revitalizing this process. And they have managed in admirable manner to combine a popular engagement, almost becoming a grassroots movement, and engaging people of the world who are actually scared of the fact that they are supposed to be protected by atomic weapons. They have also managed to enter the legal playing field and the political playing field, and this work that they have achieved in bringing a new vitality into the debate.

They are outstanding – and therefore have been awarded this year’s Peace Prize.

Thank you very much. We are sending messages in fact to all states, but also in particular to the nuclear weapons states, because it is a fact that states are in a different situation. The majority of the states of the world who have signed the ban treaty can do so without an immediate consequence on their armies and there they don’t have to disarm, where of course nuclear states are in a different position, and we do realize that it has to be a slower process for them. But the message we are sending is to remind them of the commitment that they have already made, that they also are obliged to work for a nuclear-free world, and by not entering the ban treaty that will have to be a preliminary position, because we share the final goal.

There has been an American diplomatic pressure on countries like Sweden to prevent them from signing the ICAN treatment, so is this price in a way kicking the leg, as one of your predecessors said, to the American president Donald Trump?

Not at all. I will underline again that this prize is an encouragement to all players in the field, but and I cannot see that it is a controversial prize because it is a shared goal. It will have to be a political process, and it has to be up to each individual state when they choose to enter the treaty. But they will, because the situation is such that it is only a preliminary position to not enter the treaty. We’re not kicking anybody’s leg with this prize; we are giving great encouragement, and we also want to help ICAN and focus on the extremely serious problem that the world is facing. People of the world do not want to be defended by nuclear weapons.

I wish I could answer, give a clear answer to that question, but on a general note I would say that when, if we have a development where the stigma really is strengthened as of today, I think it will affect all states in their behavior, both when it comes to disarmament but also from refraining actually to use nuclear weapons.

If I’m not mistaken, the E.U. Vice-president Mogherini also plays a role in ICAN. Will there be a possibility that she actually comes to touch the prize here in Oslo?

ICAN as an organization has been awarded the prize, and ICAN itself has to decide who will represent the organization at the Peace Award ceremony. ICAN has been informed today by its Executive Secretary Beatrice Fihn that they have received the Nobel Peace Prize of this year – and she was delighted

Thank you very much. 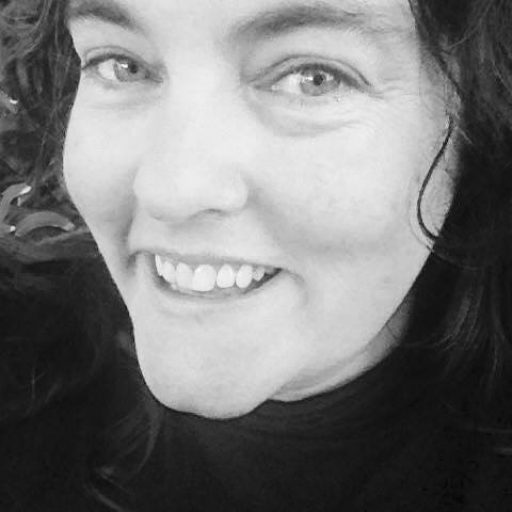 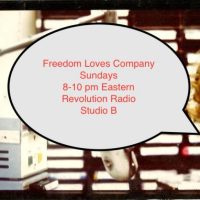