egendary socialist leader and revolutionary Fidel Castro passed away in Cuba at the age of 90. Public opinion of Castro during his lifetime was highly-charged, passionate and ran the gamut from love, respect and adoration to hostility, enmity and loathing. Some praised his revolutionary actions as noble, egalitarian and just, giving credit for improving the Cuban people’s education, health and fundamental welfare. Others criticized his efforts, in particular economically, as leading to poor (re: money, material things) living conditions for the people of Cuba. Whether people held favorable or unfavorable views on Fidel Castro, there is no denying reality. In his 90 year lifetime he became one of the most well-known, influential human beings on Earth.

Castro’s Earthly journey paralleled in many ways that walked by South African leader and fellow revolutionary Nelson Mandela. Both engaged in political struggle against repressive, corrupt, violent governments; both became sentenced to prison as a result of those struggles (Castro for a considerably shorter duration), and both eventually became the leaders of their countries. Remarkably, both men also lived for nine decades despite the risks of assassination brought on through taking on the most powerful individuals and groups in the world.

One can envisage that on “the other side” Fidel Castro first saw and became greeted by, among others, Nelson Mandela. One can only imagine what the eternal souls of those men are communicating to each other telepathically after their meeting in the hereafter. In such an instance one can only imagine being a fortunate “fly on the wall” of heaven listening in on certainly a fantastic discussion.

With Fidel Castro’s passing, perhaps the chances of actions by the United States Congress to end the decades-long blockade of Cuba will increase, negotiations based on mutual respect can occur, and equitable beneficial terms agreed upon by both Cuban and American representatives results in normalized relations between the two geographically close, neighboring countries.

Much has been spoken and written about Castro, U.S.-Cuba relations, and the influence Castro projected in Latin America and around the world. With his passing, the talk and writings will intensify in all regions and nations – and likely be less passionate, more nostalgic, and of historical nature. In such an atmosphere, where an internationally recognized political leader with Castro’s larger-than-life stature passes away, discussions about his life and what it meant, the future of Cuba and its people, and the global ideological struggle between capitalism and socialism will become more philosophical, sober, pragmatic and academically inclined.

Time will tell if Fidel Castro’s passing will spark and ignite an intellectual and spiritual fire focused on designing improved economic models which create some form of positive balance between capitalism and socialism, new ideas on public and private division of responsibility for governments and societies, and which if successful ends the black-or-white, polarizing and dangerous historical pattern or trajectory on Earth.

As noted, much has already been spoken and written about the iconic Cuban leader Fidel Castro. Much more of the same will occur during this time surrounding his passing and far into the future. Most would agree – those who don’t share Fidel Castro’s political ideology/worldview, those who do, and everyone in between – the man without apology spoke his truth. Perhaps it’s best to listen to the man himself. 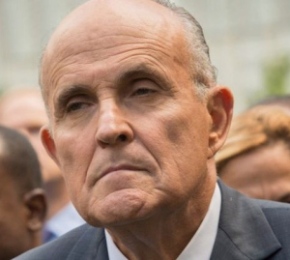 Rudy Giuliani is considered a leading candidate for Secretary of State in the Trump Administration. Giuliani is actively campaigning for the position and could be named National Director of Intelligence if his appointment at State falls through. As the public waits to hear the verdict on these matters, a review of Giuliani’s history and qualifications is in order. In particular, his actions on and before 9/11 should be carefully reviewed.

As mayor of New York City on 9/11, Giuliani was in a unique position to benefit from the attacks. That’s because he gained national notoriety for his presumed valiant response that day, and he received the kind of publicity that every ambitious politician desires. Immediately after 9/11, Giuliani’s approval rating rocketed to 79% among New York City voters, a dramatic increase over the 36% rating he had received a year earlier. At a 9/11 memorial service, Oprah Winfrey called him…