hus far, more than 50 journalists around the Earth have signed on and are participating in an investigation of the World Bank, sponsored by the International Consortium of Investigative Journalists (ICIJ). The name of the international project is “Evicted and Abandoned: The World Bank’s Broken Promise to the Poor”.

Upon hearing word of this important and revealing global effort by ICIJ, one immediately wondered if the effort will be enough to break the historical chain of events starting 500 years ago in North and South America, when genocide of indigenous people of unimaginable proportions was undertaken for wealth acquisition.

Since 2004 World Bank actions have led to displacement of 3.4 million mostly poor people. How many of those people, forced to flee from the land of their ancestors by violence, hunger, and/or extreme poverty, have become the subject of greater numbers of refugee/migrant media reports – in particular about hundreds perishing while trying to cross the Mediterrean?

Structural adjustment (austerity) programs pushed for decades by the World Bank and other giant, privately owned international financial organizations has resulted in nations of the global south collectively losing 500 billion dollars per year during the 1980’s and 1990’s. Trillions of dollars over the years have become transferred out of poor, developing nations to investors and stockholders outside those nations, mainly through the World Bank’s facilitation of extractive industries, combined with the aforementioned “structural adjustment” programs.

Mr. Alnoor Ladha told the host of the Real News Network during his interview that the World Bank has been “…highly successful at trickle-up economics, not a conspiracy theory because the track record speaks for itself”.

Americans won’t learn from standard school history texts about the genocide of Native Americans – posited by many as the most horrific genocide in human history. “Sanitized” versions of history do not give American high school history students the truth, and they will only find the truth in books by historians who possess(ed) a conscience, such as “People’s History of the United States” by the late Howard Zinn. The men and women journalists collaborating on ICIJ’s “Evicted and Abandoned” project are essentially doing the same work that Mr. Zinn undertook, the only difference being that their intent is bringing the truth about this generation to millions around the world.

Will ICIJ’s noble and moral efforts be enough to stop centuries-old/historical exploitation of human beings by other human beings?

Instances of genocide since 500 years ago have decreased in direct inverse proportion to humanity’s advancements in the ability to communicate over longer and longer distances at continuously increasing speed. Those generational, ever-present individuals who have shared the same insatiable desire for riches at the expense of others – from genocide, illegal wars, secretive financial dealings, bribery, corruption, manipulations for profit, to massive frauds –  are today finding it much more difficult to operate with malevolent intentions because of nearly instantaneous communication by people the world over on the internet and honorable journalists/media groups like those coordinating with ICIJ.

Humanity’s ability to communicate faster may have reached its zenith. Today’s technology, as it relates to speed and talking to people on the other side of Earth, quite possibly is as good as it’s going to get. So, humanity probably now has achieved the greatest ability to communicate in history, thus enabling the best opportunity ever for ending exploitation of our fellow human beings.

The sole remaining question for consideration is how well men and women the world over are going to exercise that immense ability.

For more information on ICIJ’s ongoing, superb global investigation of the World Bank and its track record of actions negatively affecting the lives of poor people around the Earth, please visit: 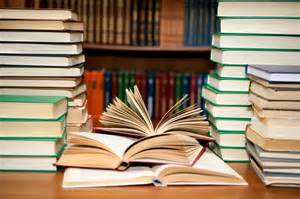 fter decades of being known the world over as a highly influential intellectual, dissident and social activist Noam Chomsky, now over eighty years old, keeps going. While reading some of his books and listening to a good number of his addresses and interviews through the years, one thing about Mr. Chomsky that has stood out is his strict, consistent adherence to the “study plan”, so to speak. In other words, it is extremely rare to see the man showing his emotional or spiritual side, as he plays those cards very, very close to the chest.

The only two instances in memory of seeing him even approach letting his personal guard down were when he responded to a young college student’s question “why do you do it?” with “a person has to look in the mirror every morning”, and a recent appearance on Democracy Now where he almost cracked a full grin when Amy Goodman mentioned that he had just gotten married. For persons reading this – many who have, like Chomsky, spent time reading and researching for truth that is, after coming upon it, seemingly too-often painful to discover –  it is understandable how a person could become protective of their personal feelings. Especially in the case of Chomsky, who has undertaken such an almost-masochistic intellectual effort rigorously for decades.

That’s not a judgment on Mr. Chomsky, but only an observation. Maybe it just comes with the scholarly territory, and, because Chomsky has worked his scholar/academician muscles harder than most, perhaps, as athletes and hard physical workers who eventually wear out their bodies from prolonged, intense competition/work, one could excuse Noam Chomsky for suffering any form of burnout.  At any rate, after recalling advice from a book about healers given by a Native American medicine man on how he dealt with similar issues of stress on the mind and spirit – and body in the case of medicine men and women – he relieved stress by balancing through reading old western novels, his favorite writer being a man famous for western novels whose name escapes at the moment.

Stress-management and observations aside Noam Chomsky deserves a lot of credit, along with his friend the late Howard Zinn, for bringing the truth to millions of men and women worldwide through many years of dedicated struggle and effort. During his interview on RT’s “Going Underground” one can almost sense a rare occurrence of optimism coming from Mr. Chomsky’s voice when he describes – agreeably – changes in Latin America, Greece and Spain. It’s good to see that married life, along with world events showing signs that humanity is in some regions moving in a positive direction, have given Noam Chomsky the reasons for optimism and increased hope that he so richly deserves.