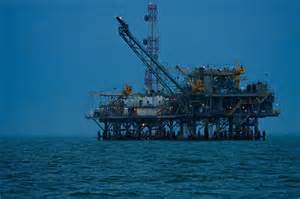 Perhaps the most precise way to describe the years-long development of the new BRICS alliance of nations (Brazil, Russia, India, China, South Africa, and others) is that it represents the beginning of the end of white supremacy in international affairs on Earth. In a very real sense, the BRICS alliance of nations and peoples could be perceived as the next large step forward on a historical continuum – what Martin Luther King Jr. called the “arc of history” – leading to the eventual creation of equality around the world.

BRICS is what it’s all about when analyzing today’s major world news events. The highly controversial, widely-debated (everywhere but the western mainstream media), and protest-generating Trans-Pacific Partnership (TPP) and Trans-Atlantic Trade and Investment Partnership (TTIP) were born with BRICS’ potential (also never mentioned in western mainstream media) in mind. Both of the massive, secretive, trade deals were specifically designed to prevent the BRICS alliance from gaining momentum, size and power.

Nations in Asia and Europe which sign on to the “top-secret – classified” trade deals, if major opposition fails to stop them from becoming implemented, will effectively place themselves behind a “BRICS Wall” of legalese virtually guaranteeing their continuance in the pre-BRICS status-quo; essentially maintenance of profound wealth inequality. Corporate lawyers creating the trade deals in secret are trying to “freeze” human evolution. TPP and TTIP can rightly be looked at as “Trojan Horses” designed to forestall historic movements of people around the Earth opposed to the negative consequences of decades and centuries of living under systems which have resulted in billions of people living in either harsh austerity or outright, abject poverty.

The absolute source of contention with regard to BRICS’ emergence and historic potential boils down to power and who gets it. The issue of wealth inequality on Earth in 2015 has become widely disseminated and become the basis of a great deal of debate. Oxfam International has reported that 80 individuals (down from 85 in their 2014 estimate) own as much wealth as the poorest 3.5 billion people on the planet, generating a tremendous amount of discussion from all regions about new, alternative, reformed, and more egalitarian/just economic and monetary models.

The developments undertaken by the BRICS group of nations marks the first time in history the so-called world “elites” have experienced real “pushback” over the ways global governance has become implemented in clearly less-than-idyllic realities for billions of men, women and children for generations. Wars, both military and economic/financial, are increasingly being strongly opposed by people around the Earth, and those same people are studying, advocating, and proposing new/alternative ways of living that reduce or eliminate problems of poverty, state-sponsored violence and war (military and financial, economic sanctions), environmental destruction, and oligarchies able to “buy” politicians and entire governments.

Nowhere is that last problem – billionaires literally able to buy governments – more visible than in America, where two brothers with the last name of Koch are planning on spending near one billion dollars on the 2016 campaign to choose the next president of the United States.

Purveyors of economic sanctions have as their most visible, destructive example recent measures taken by Saudi Arabia, colluding with others trying to slow or stop the BRICS movement, resulting in huge drops in the price of oil. The nations feeling the greatest negative impact of those oil price drops are Russia, Venezuela, Iran and other oil exporters. It seems clear that this has been real economic warfare, and that it had designs to foment instability in nations calling for more respect for their views in the arena of sovereign and global governance/international relations.

Potential 2016 presidential candidate Jeb Bush, whose father and brother both served as president of the United States, gave a foreign policy speech in Chicago recently. During the speech, Mr. Bush made some comments on recent developments regarding opening up of relations between the United States and Cuba. In Jeb Bush’s view, Barack Obama should have been a little more “patient” before announcing any movements by his administration toward normalizing U.S.-Cuba relations.

Mr. Bush pointed out that Venezuela has come to the aid of Cubans with generous subsidies on oil. In Jeb Bush’s mind, Barack Obama should have been more “patient” because with $45/barrel oil, and Venezuela overseeing perhaps the world’s largest, most lucrative oil reserves, America could have obtained a “better deal” with the Cubans. Now, where did Jeb Bush get the information which led to his confidant assertion that Mr. Obama’s Cuba announcement suffered from the absence of “patience”?

His use of the word “patience” suggests Mr. Bush is very well aware that Saudi Arabia’s actions to lower global oil prices were initiated precisely as economic warfare against Venezuela, Russia, Iran and other independent-thinking, oil-producing nations.

Some will remember late-night news coverage during the 2000 presidential election when poll results in Florida were eagerly anticipated because that state could decide whether George W. Bush or Al Gore became the next leader of the free world. Some will remember that Jeb Bush, George W. Bush’s brother, was the governor of Florida at that time. Certain TV news outlets that evening had decided and announced that Al Gore was the winner in Florida.

News cameras were in the hotel room of George W. Bush, and he spoke out that the Gore win announcements were premature because all the counties’ votes hadn’t been counted yet. Without explicitly saying it, George W. Bush was calling for more “patience”.

After the historic events of September 11, 2001, some 440 days passed before the George W. Bush administration relented in its stonewalling of emotional requests for an investigation from surviving family members of those who died on 9/11. Those surviving family members displayed enormous “patience” in the over 440 days that elapsed before the 9/11 Commission began its work.

Surviving family members have also exhibited great “patience” in waiting for the Obama administration to declassify/release the “28 Pages” left out of the official 9/11 Commission Report. Those 28 pages, according to the Washington lawmakers who’ve actually read the documents (but prohibited from divulging because it’s classified), points to Saudi Arabia ($45/barrel oil) as a financier of 9/11 terrorists.

It seems the world’s “elites” are somewhat inconsistent. In some situations, like Cuba and Venezuela, they wisely advocate for more patience. In other situations, such as the great global transformation from unipolar to multipolar – illustrated by efforts to slow or stop BRICS’ rise through destructive wars both military and economic, elite “patience” has grown disturbingly, harmfully, and dangerously thin.

Certain people walking this Earth need to display real moral, ethical and wise patience. For the health, safety and well-being of humanity.

The work of Whitney Webb