“Incessant change, everlasting innovation, seem to be dictated by the true interests of mankind. But government is the perpetual enemy of change.” 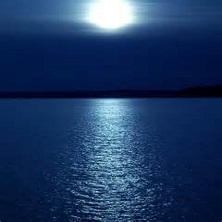 One could say that the statement “the only thing you can be sure of is change” is truth. Depending on whether one leans toward always see the glass as “half-full” or “half-empty” will determine if one finds any particular change as a good thing or not. For men and women personal experience plays a large part in coming to a viewpoint and ways of interpreting world events, including one’s personal philosophy about the life process.

Change occurs in one’s life and in the collective lives of the world’s people, where once again people look out and see the changes as half-empty or half-full. In matters of global significance the exact interpretation of events has constraints for many, as few have the opportunity to become interested and study international relations or related fields. Persons who have to an extent developed a concept which holds that humanity is one – with historic illusionary separations constructed – are naturally interested in learning more about movements on Earth which have the potential to effect all people.

One of the most significant movements of global importance in recent years has been forming of the so-called BRICS Alliance, consisting of Brazil, Russia, India, China, and South Africa. If a person were looking at the Earth from a long distance out in space and thinking about BRICS, there could be a feeling that those nations represent the “new kid on the block”. Here one sees a block of people – 40% of the world’s population – joining together to create an alliance which will change the face of the Earth in the areas of economics, finance, and security.

The BRICS nations represent 25% of the world’s Gross Domestic Product (GDP), with Russia and China being permanent veto-holding members of the United Nations Security Council, and South Africa on the African continent, Brazil on the South American continent. So, this is a very large deal. After the fall of the Soviet Union in 1989 the United States stood as the world’s lone “superpower”, and since that time the situation on Earth has been unipolar – the United States along with its allies in Europe and elsewhere have held positions of dominance in the economic and military arenas.

Starting with the worldwide communications phenomenon called the internet, where people around the Earth began to talk and become friends with men and women from virtually every nation, and simultaneously occurring wars of aggression (Iraq 2003), major financial corruption on Wall Street and financial centers around the world leading to crisis in 2008 – combined highly consequential negative events and humanity’s ability to discuss/debate intensely have led to change in the form of BRICS.

BRICS, in the largest sense, is an institution which evolved to redress the grievances of so-called developing nations, more particularly nations which have been the victims of the negative events associated with colonization. The alliance could be seen as pushback, with the member states attempting to create an institution that allows them to conduct business without dealing with nations and groups which have plundered them in the past. A very simple analogy would be one where, after you kick a dog often enough, the dog will leave, never to return.

Now, one can understand how an organizational effort like BRICS comes about. First there is the example today provided by the recent reports of the United States population experiencing the great wealth inequality since before the Great Depression. Many citizens in America have a problem with that – the most extreme measure of wealth inequality has been the often-mentioned Walton family’s wealth consisting of 40% of the total wealth of America. Many nations around the world have experience of the same wealth inequality, so it is not surprising that BRICS came into existence.

Actions taken through history having to do with nations’ getting into deep debt and coming to find themselves unable to meet repayment, from loans taken from the World Bank, International Monetary Fund, European Central Bank, Federal Reserve etc., have been a major factor in BRICS’ creation. Unfortunately many nations have become lured into “debt-traps” through the previous decades, through the work of economic mercenaries – “hitmen” – like John Perkins, who describes his experience in his essential book “Confessions Of An Economic Hitman”.

When corporate, banking, governmental, and military power becomes used to coerce the leaders of nations to accept loans at the threat of overthrow or assassination, loans which result in so-called “austerity measures” and hardships for the nations’ people worse than they have already been experiencing, sooner or later the kicks to the dogs results in their leaving. In the plainest terms: people come to the point where getting hit on the head with economic and military hammers makes them realize that those “hammers hurt”. People don’t want anything to do with – no association ever again with – those who were hammering them.

The BRICS nations are in the process of creating a development bank rivaling the IMF and World Bank, for the simple reason that they have an awareness of how sovereign nations have been financially manipulated, with the people in those nations suffering unnecessarily. The BRICS phenomenon is really that simple to explain. Men and women come to the point where, because of historic maltreatment, they find the will, be it political, spiritual, or however you want to phrase it, to create changes which offer a more peaceful, fair, and just way of living their lives.

It is well within the realm of possibility that the Trans-Pacific Partnership (TPP) is an effort by those who have “enjoyed” historical economic and financial dominance to block any influence from the BRICS alliance – of nations who are considering joining BRICS. Those who have some extent of awareness of TPP perhaps haven’t considered the BRICS angle/reason and how this explains the highly secretive manner in which the trade deal has become written, proposed, and pushed forward for approval, with lawmakers basically  “out-of-the-discussion/debate” through so-called “fast-track” passage.

Combining recent large increases in revelations of previously unknown secrets, including those of now famous whistleblowers and those learned by any man or woman who has access to the internet, and the increases in actions of worldwide social movements created through awareness of the previously unknown economic, financial, and military measures resulting in harm and suffering of average people, has led to a world that is surely changing in fundamental ways.

The best suggestion for the people of the United States, Europe, and their other allied developed nations would be to see the BRICS nations from the viewpoint of “half-full”.

And – depending on the amount of good intentions and will by humanity to create a peaceful, fair, and just world – maybe it is entirely possible to fill the glass to the brim.

Gandhi wrote a book “All Men Are Brothers”. Gandhi spoke truth. The following video is of a talk from India television, of two retired Indian military men, and one retired Indian diplomat. It is a good thing to increase understanding of what our brothers and sisters around the world are thinking and saying. Increased understanding among the world’s people leads to better communication and coöperation.